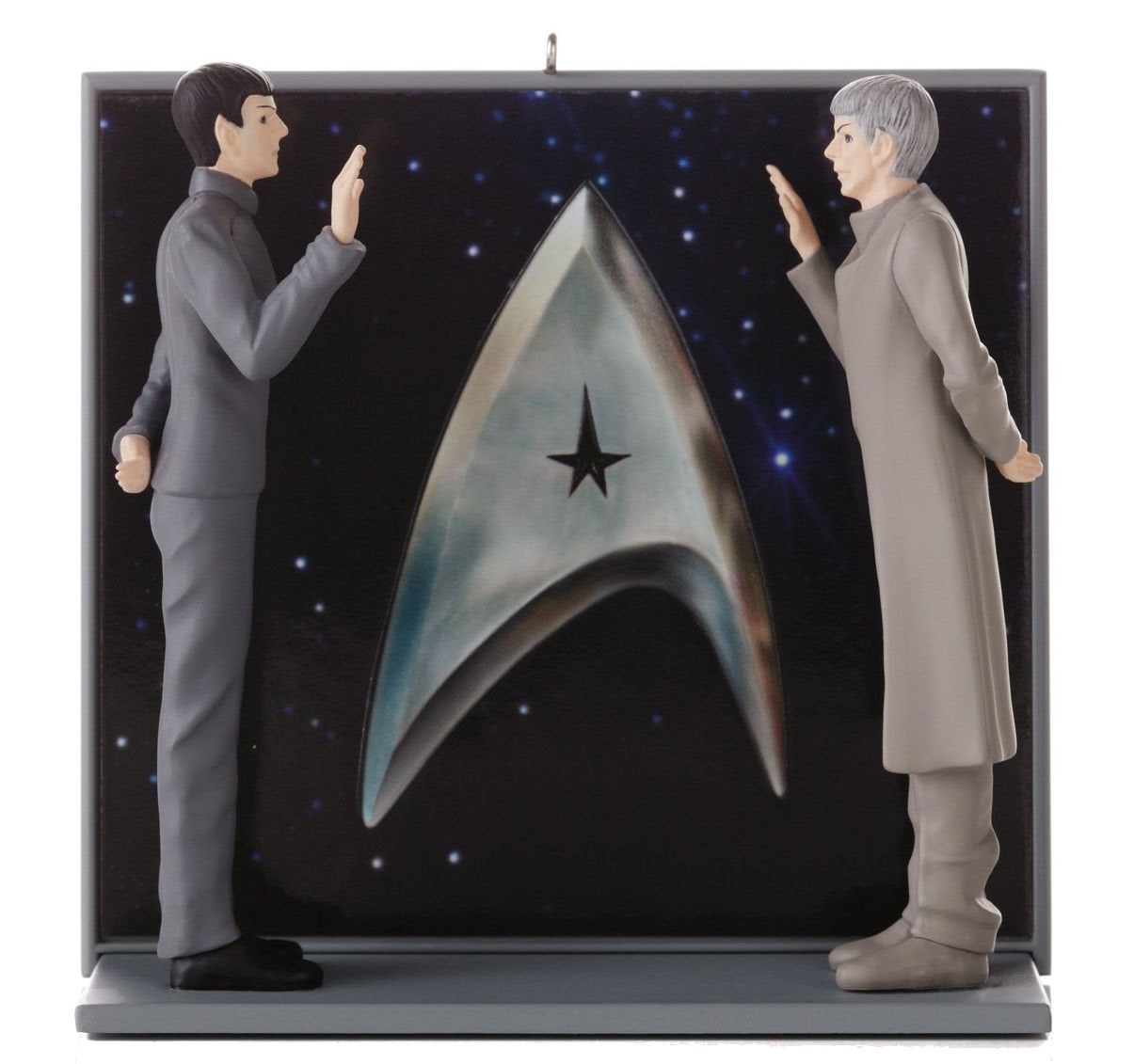 In the 2009 feature film Star Trek, Spock finds an unexpected and understanding ally in the form of his future self.  As the young Spock comes to grips with the death of his mother, the destruction of his home world, and the displacement of his people at the hands of a madman, the elder Spock reaches out with the support that no other being could offer.

Press the button on the ornament to hear dialogue from this excitiing scene!